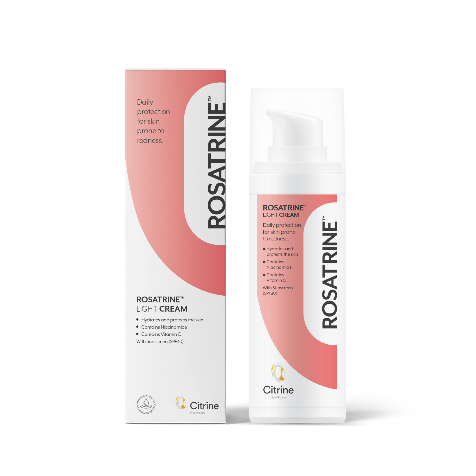 Citrine Healthcare has created a new derma range, Rosatrine, for people with skin prone to redness.   This is an extremely common, chronic disease, often referred to as “the curse of the Celts” due to its prevalence in Ireland, affecting 3% of the population.     The condition normally presents as redness, pimples, swelling, and small and superficial dilated blood vessels.  Often, the nose, cheeks, forehead, and chin are most involved. The exact cause is unknown, but a combination of hereditary and environmental factors such as fair skin, family history, spicy foods, alcohol, sunlight, stress and certain medications can be a trigger.    It mainly presents in females aged 30-50 years, but the symptoms can be more severe in males. Symptoms may flare up and then subside for a few weeks depending on the individual.

While skin treatments cannot cure the issue, knowing your triggers, wearing sun protection daily and using a topical moisturiser with active ingredients can help.   It is important to seek advice from a Pharmacist, Dermatologist or GP.

The new Rosatrine range contains two new products for anti-redness.    Firstly, Rosatrine Light which is a daily use cream to protect and hydrate the skin and reduce the appearance of redness.  Secondly, Rosatrine Intensive to help soothe and hydrate skin prone to intense redness, or during flare ups.    Both products are dermatologically tested. 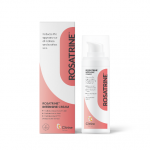